Levan Vasadze was bestowing with the title of Raindi (Knight) by HRH Prince Nugzar of the Royal House of Georgia. 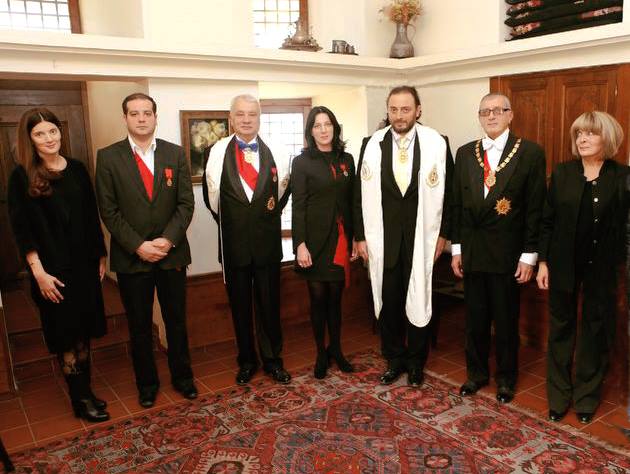 Levan Vasadze was bestowing with the title of Raindi (Knight) by HRH Prince Nugzar of the Royal House of Georgia. Levan has been a business executive for many years including the First Vice President of Sistema Corporation and CEO of Rosno, Russia`s leading insurance company. In 2006 he was awarded Person of the Year in Russia`s top 100 CEO contest in Kremlin by Ros Business Consulting. Now he is a Chairman of Prometheus Capital Partners, at the same time, sponsoring various projects in religion, education and sport. Part-time he is involved in managing his own assets in real estate, financial services and Georgian sparkling wine production.

The Soviets knew that he was the rightful heir to the Georgian throne, and they did not want the political risk of native Georgians supporting the restoration of an independent Georgian kingdom. Despite imprisonment, Prince Peter continued to express his inner protest against the Soviet political regime through his poetry. He was part of the underground youth organization that secretly had been publishing anti-communist literature. One of his published poetry lyrics led to his arrest in 1946, and he was sentenced to the death penalty. Within this poem, the poet openly refers to his Royal descent and being the direct descendant of the great King Erekle II. Luckily, Prince Peter miraculously survived this punishment. In time, he became quite famous for his lyrics and Georgian songs. When the “Poet” Prince Peter (II) died in 1984, the headship of the Royal House of Georgia passed onto his son Crown Prince Nugzar Bagrationi-Gruzinski, who currently is the director of the Tbilisi theatre of cinema artists.

HRH Crown Prince Nugzar Bagrationi-Gruzinski is the rightful lineal successor of the last kings of united Georgia, the rightful successor of the last kings of the kingdom of Kartli-Kakheti, and the senior descendant by primogeniture in the male line of Giorgi XII. In 2006, the former head of the Imereti Royal House, HRH Princess Nino Bagration-Imeretinski (1915-2008), signed an important memorandum where she, on behalf of the Imereti royal branch, recognized the rightful claim and sovereignty of the Bagrationi-Gruzinski family over the rest of the Bagrationi lines. 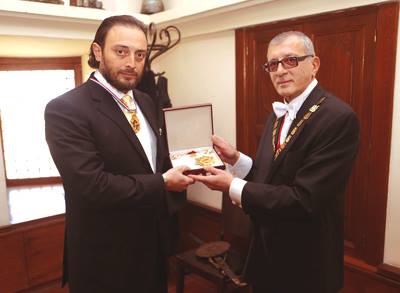