Rezo Chkheidze was bestowed with the title of Raindi (knight) 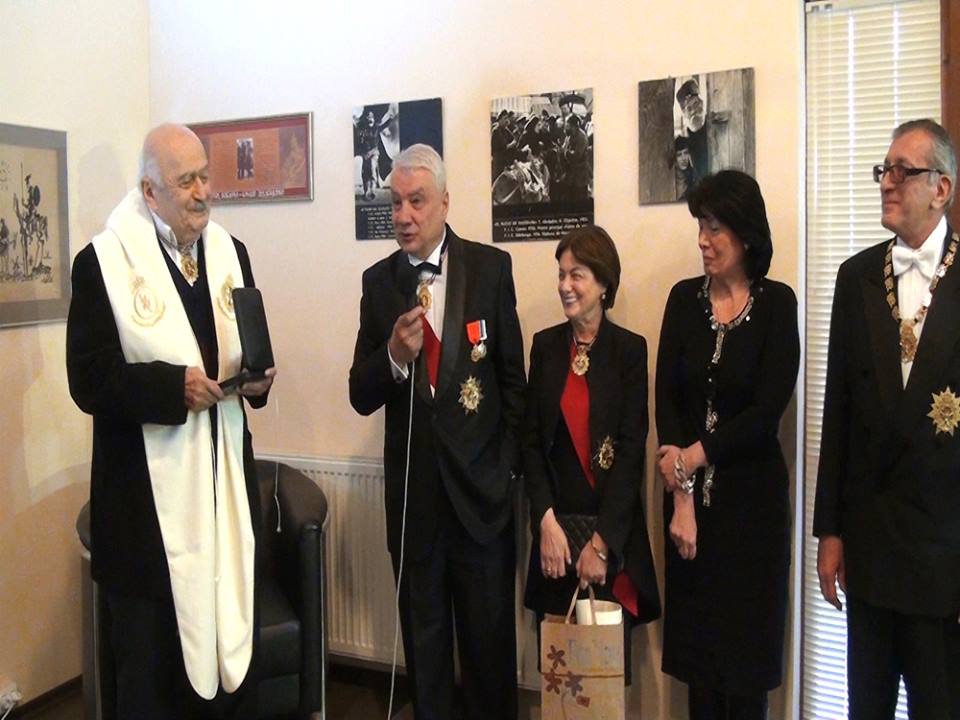 On 8th of December, at the hall of "Saqartvelo" (GEORGIAN ONLINE TV LIVE) broadcaster was celebrated a jubilee of one of the famous film directors of Georgia Rezo Chkheidze.

At the ceremony attended many of famous and respected people of Intelligentsia, writers, film directors, poets, art historians and etc.
At this special event the Head of the Royal House of Georgia Nugzar Bagrationi-Gruzinski bestowed Rezo Chkheidze title of Raindi (knight) of Grand Cross of the Royal Order of the Crown of the Georgian Kingdom thus paid tribute for his priceless contribution into the Georgian cinematography.

The investiture ceremony was taken with admiration by the audience and at the end all the present society members expressed their respect towards the Crown Prince and to his consort Princess Leila.