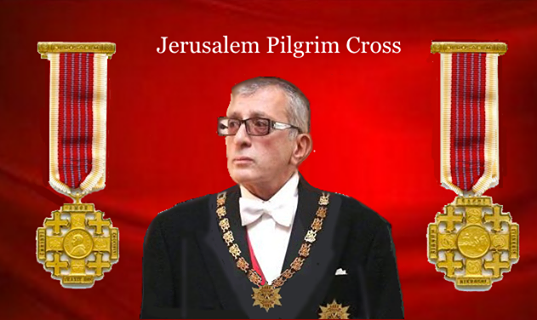 HRH Pilgrim Prince Nugzar Bagrationi-Gruzinski, Singular Heir to the Throne of the Royal House of Georgia, received the Jerusalem Pilgrim's Gold Cross, (i.e., Signum Sacri Itineris Hierosolymitani), which is an honor awarded to selected pilgrims to the Holy Land by the Pope of Rome in recognition of meritorious works and/or service. The medal can only be conferred at the office of the Custody of the Holy Land in Jerusalem, (i.e., the Minister Provincial of the Order of Friars Minor in the Middle East). The Custos presents it to deserving pilgrims in the name of the Sovereign and Pontiff of the Vatican City State.